Nerja is the ideal place to spend the magical Christmas and New Year celebrations! And Nerja Paradise Rentals have homely self-catered rental properties to provide the perfect home away from home for your Christmas in Spain! 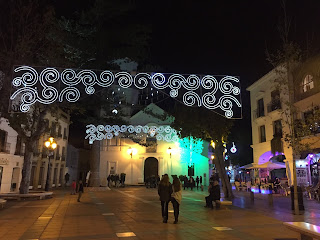 As in most countries Christmas in Spain is very much a time for family. For Spanish people Christmas Eve, known in Spanish as 'La Nochebuena' or 'Vispera De Navidad', is more of an event than Christmas Day with tradition being for family and friends to come together for a large family feast, generally eaten quite late in the evening. Indeed, some of the more religious families may well eat after midnight mass. The menu can vary with lots of different traditional dishes but you can be sure that Turron, polvorones or mantecados will make an appearance somewhere. After the meal it's common for families to go out to the local bars and meet up with extended family and neighbours. 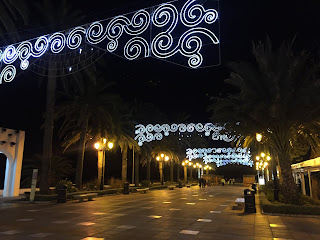 With Christmas Eve being of greater significance, Christmas day is a little different to what you may expect. The day is a public holiday but restaurants, cafés and bars will be open and often with Christmas menus to cater for functions and tourists.

There’s normally lots going on over the Christmas period in Nerja. Take a look at some events which take place every year! 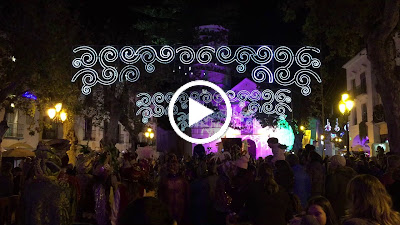 If you're in Nerja on New Years Eve there's only one place to be, the Balcón de Europa with a glass (plastic is best) of Cava in one hand and a little bag of grapes in the other. The Balcón is the centre of the celebrations in Nerja with a temporary stage erected and live music from 11pm. Its customary in Spain to eat a grape at each strike of the clock at midnight. If you can eat all twelve grapes in time you're supposed to have good luck in the new year. There you can watch the firework display which is set off at the very end of the Balcón de Europa which looks beautiful with the backdrop of the lights, trees and Andalucian architecture.

Coinciding with the feast of epiphany when the three wise men arrived in Bethlehem this is the most important event for the children of Nerja as this is the day that they'll finally get their presents. In Spain the tradition of Los Reyes Magos is more popular than Santa Claus and is celebrated with a parade through the streets. In Nerja this parade begins each year at the Verano Azul park and finishes on the Balcón de Europa. As the floats with the Three Kings pass, sweets are thrown to the kids (and adults) in the crowd with the inevitable competition of who can collect the most! The parade sets out on the 5th January normally at 5pm. 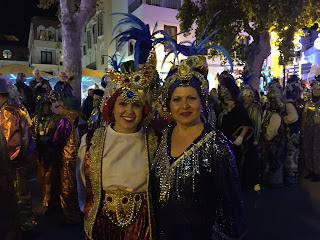 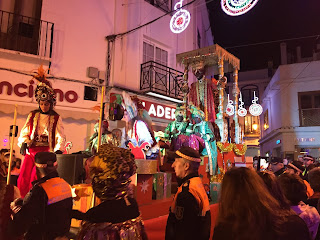 The procession is a really nice tradition to go and see if you're in Nerja at the time and lasts for a few hours so pick yourself a spot on the parades route and see how many sweets you can collect!

Everyone at Nerja Paradise Rentals wishes you a Very Merry Christmas and an extra Happy New Year for 2020!
- December 12, 2019

Travelling to Nerja - everything Covid and Brexit related

UPDATED 01/06/2021 At Nerja Paradise Rentals we understand the concerns around travelling during the Covid pandemic and after Brexit and as ...